The Queen Bee of Hillsdale

Gwen Woods (nee Mertz), beloved wife of Edward Woods passed away in Barrie, Ontario on Thursday, March 3, 2022 while surrounded by her family.  She was in her 92nd year.  Gweneth Margaret Alberta Woods (nee Mertz) was born on May 5, 1930 at Mertz Corners, Tiny Township and was preceded in death by her brothers Clarence, Ralph, Arden, and Ron.

She married Edward Woods on September 11, 1954 and worked for 7 years prior to marriage at the Bank of Montreal in Midland, Ontario.  As Ed launched his own beekeeping business, Woods Apiaries in 1954, Gwen supported him while also supporting their growing family of six children; four boys and two girls.

Gwen had a real deep love for the Lord and a long time member of the Gospel Hall in Waverley, Ontario.  Ed and Gwen regularly welcomed family, friends, and neighbours into their home and upon arrival Gwen would ask: “Have you eaten?” She always had fresh baked buns, cookies and other goodies on hand.  Gwen had a great sense of humour and also liked to play jokes on friends and family.  Gwen was a hard working woman and tended to large vegetable gardens, canning and preserving fruits and vegetables, helping honey customers and pitching in during honey harvest, all the while caring for the homestead, six kids, hired help, and Ed.

The service may be viewed on Youtube starting at 1:55 pm.

In lieu of flowers, memorial contributions may be made in Gwen’s name to the Gospel Hall in Waverley or the Gideon Bibles. 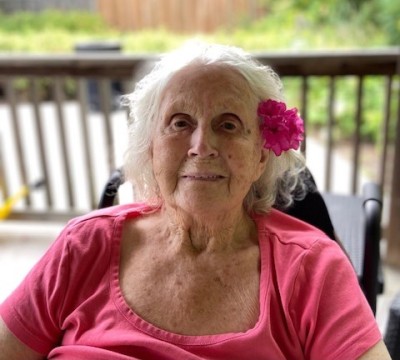