Nancy Doreen (Williams) Fenerty, born January 24th, 1943 in Truro, Nova Scotia.  Passed away suddenly on March 17, 2017 at the Georgian Bay General Hospital, Midland, Ontario.  Predeceased by her husband John Fenerty (Canadian Navy) and her mother Florence Marguerite (McNutt) Jordan.  She will be sadly and lovingly missed by her daughter Kara Fenerty (Nora) in Ottawa and son Kevin Fenerty in North Bay, and her Uncle Stan and Aunt Sandra McNutt of Elmvale Ontario  and their family, Heather McNutt-Loiselle, Carmen and Brooklynn in Barrie and Kenneth Scott McNutt of Elmvale,  Valerie Giffen (Craig), Aubrey and Devon in Anten Mills, also many relatives in Nova Scotia, Kansas and California.  Nancy worked and volunteered as a book keeper.  She lived in Debert, Oxford and Springhill, Nova Scotia.  After her marriage to John Fenerty she lived in Halifax, Nova Scotia and Esquimalt, British Columbia.  In the seventies when her husband retired from the navy, they moved to Redbridge, Ontario where she volunteered on many Community Committees and was a W.I member.  She will be missed by many of her friends and neighbours there.  She will be remembered and missed by fellow residents and staff at Sara Vista Nursing Home where she has resided for the last several years.

A private family celebration of Nancy’s life was held at the home of Valerie and Craig Giffen.

Cremation with ashes to be interred with her mother and Howard in Oxford, Nova Scotia, as her husband is buried at sea. 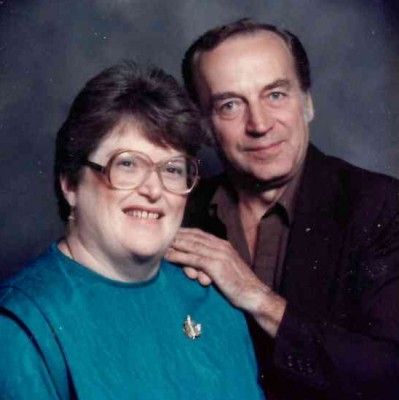