If you ever had the privilege of meeting Sheila the words used to describe your first impression were likely similar to graceful, kind, gentle, warm, beautiful, or caring. You learned quickly that your first impression was correct. As Sheila’s nephew Chris mentioned recently, “that’s where I used to go when I would run away”. When you were with Sheila, you felt accepted. You felt cared for. You felt loved.

Sheila grew up in Norval, Ontario where as a girl she enjoyed the country life with her horse, Sherry and certainly being part of a large loving family with two sisters and four brothers. Sheila later attended Georgetown District High School where she met Brian. Brian had to work for it but eventually he won Sheila’s heart and they married August 26, 1961. Sheila and Brian had an amazing life together, raising their children in Georgetown, spending time with family and friends at “the cottage” on Lake Simcoe and boating on Georgian Bay.

A Celebration of Sheila's life will be held at the Norval United Church on Friday, June 16th. Visitation will begin at 1 pm with a service to follow at 2 pm. Friends are invited to join the family for a reception immediately following the service.

Memorial donations to the Alzheimer Society of Ontario or the Georgian Bay General Hospital Foundation would be appreciated. 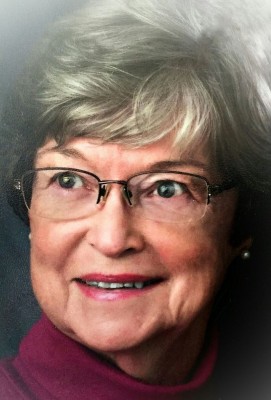