Donald Campbell McGugan returned to his heavenly home on June 29, 2017 in his 95th year.  He passed peacefully in his sleep holding the hand of his beloved wife and best friend, Esther.

Donald once stated his philosophy of living.  "Life is a journey, not a destination.  Life has to be savored, examined, searched and researched, life has to be lived in new ventures and much of it in an unhurried fashion.  In time, all of us reach our destination; all of us should enjoy the journey."

Donald was the second son of Donald "Pop" and Christine (Peebles) McGugan born in London, Ontario.  After multiple moves as a young boy, he settled with his family in Northern Ontario.  The North stole his heart.

Donald was a renaissance man  who loved life and the people in it.  He valued education graduating from Queen's University with a BA and from the University of Toronto with his Master's.  His jobs ranged from the mines and sawmills of the North to the classrooms of schools and colleges.  Donald loved to teach.  One of his passions was the development of curriculum that linked Indigenous children to their rich heritage.

Donald served his community.  He gave his time freely to libraries and helped build St. John's.  He loved music, "A day without Mozart is like a day without sunshine."  His participation in Scottish Dancing helped his group earn a place in the Guinness Book of World Records.

His devotion to family was unquestioned.  His love and support were unconditional.  His grandchildren will remember their trips taken with him and their Nan to faraway places.  Each has Grandpa moments that have been formative and cherished.

A memorial service will be held on July 29, 2017 at 12:00 o'clock, at St. John's Presbyterian Church in Bradford, Ontario with a reception to follow. Rev. Dan Scott will officiate.  All are welcome to attend and celebrate Donald's life.

Ashes will be scattered by family in Northern Ontario.

In lieu of flowers, Donald has requested that donations be made to Sleeping Children Around The World or St. John's Memorial Fund. 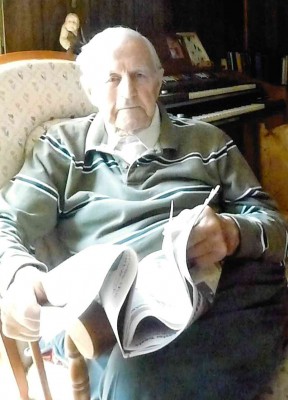