With heavy hearts we announce the passing of Terry who passed away June 15, 2015 at R.V.H. Barrie surrounded by his loving family. Terry, age 66 was the son of the late Tom & Joan Coward of Dalston. He dedicated his life to his Family. His warm, quiet and kind hearted nature earned him love and respect by all his family, friends and co-workers.
Terry leaves behind his loving wife Eileen (Mrazek) of 46 years. Children Jamie (Nicole), Larry and Erin (Steve), grandchildren Lauren, Kharesa, Cailin and Tommy. Sisters Robin (Late Eddy) MacIsaac and Vicky (Late Dennis) Sist.
Terry's love for singing and playing guitar filled the hearts of his friends and family.
Terry worked hard his whole life at such places as Beatrice, Co-op and Cliffside/Aecon. He told many great stories of all the different jobs and great people he met along the way.

Funeral Mass at Our Lady of Lourdes Church, Elmvale on Friday. June 19 at 11 a.m. followed by a reception downstairs.

Memorial Donations to the Charity of your choice would be appreciated. 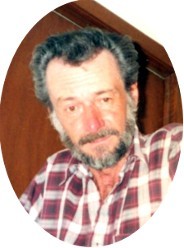