DEREK "BRAVEHEART" WALTON'S journey with ALS came to it's conclusion on Saturday, January 17th at Hospice Simcoe, Barrie, On. He is now skydiving with the angels.
Derek's motto in life was "IN ORDER TO HAVE A LIFE OF PURPOSE YOU NEED TO HAVE A PURPOSE IN LIFE."
Derek came to Canada from Glasgow, Scotland in June of 1968 to work for the Bank of Nova Scotia. After 5 years, he accepted a position with TD Bank where he stayed for 25 years and he married and raised two beautiful daughters. He retired in 1999 and began a life filled with curling, golf, travelling and more importantly volunteer work with the Cancer Society.
May of 2002 brought news that changed his planned path in life forever. He was diagnosed with ALS or Lou Gehrig’s disease. His focus in life became raising awareness of this terrible disease and fundraising for a cure.
He set up a family foundation at Sunnybrook Hospital called THE WALTON CURE 4 ALS FUND  and to date Derek has raised over $300,000.00 to support the efforts of Dr Lorne Zinman and his team at the ALS clinic.
His efforts brought him great peace and satisfaction. He was honoured for this with (2010) The Order of the Spirit Catcher Award, (2012) Queen's Diamond Jubilee Medal and (2013) The Sunnybrook Rose Award
Derek is pre-deceased by his parents William and Esme Walton, sister Evelyn (Williams) Walton, father in law Paul Rowat and wife Trudi Walton.
He is survived by his wife Diane Rowat-Walton,  children Shelley Anne and Lorne Knapp (Langley BC), Debbie Walton and Jose Garcia (Brampton On), Bradley and Tammi Archer (Okotoks AB),  Amy and Greg VanderWerff (Sandy Utah),  mother in law Joan Rowat and brothers in law David and Dan.
Derek loved and adored his 8 grandchildren: Jonathan, Brandon, Wesley, Dustin, Rachel, Caleb, Wyatt and Levi.
He is also survived by niece Susan and family and nephews Ronnie and Robert.
A very special thanks goes out to the people who supported Derek over the last 10 years: The staff at St. Elizabeth and ILS, the nurses at Bayshore, our case managers at CCAC, the staff at ALS Canada, the Sunnybrook Foundation, the ALS clinic at Sunnybrook, the Stroud Medical Clinic and Hospice Simcoe.

A private family Memorial Service was held on Saturday, July 4, 2015.

A Celebration of Derek’s life will be held on Sunday, July 5th at the ANAF Canadian Room, Barrie, from 1 – 4 pm. 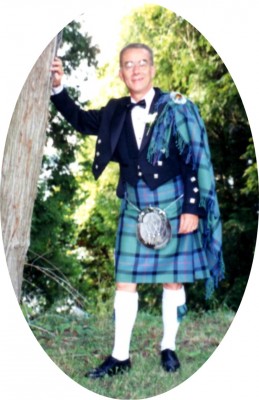