Mrs. Tina (Concetta) Manno (née Martorano), of Brantford, ON, passed away peacefully on Tuesday, November 17, 2020 at the age of 96 at the Royal Victoria Hospital in Barrie, ON.

Tina was born to parents Francesco and Concetta on May 24, 1924 in San Ferdinando, Calabria, Italy. She had three much older siblings comprising two half brothers and one half sister. Tina lost her mother at the age of 16 after nursing her in hospital for over a year. She married her husband Carmelo in 1942 and immigrated to Canada in 1952. Tina was a loving mother to four boys and worked hard with her husband as new immigrants to Canada to give their children more than they had. Tina was well known in Brantford for her work as a seamstress of fine clothing for women. Throughout her entire life Tina was a devout member of the Roman Catholic Church and was very spiritual even in her last days with us. The day before her passing she joyfully told those around her that God was coming for her and that he was “glorious”. For those who knew Tina.....we felt that she was glorious.

Tina is survived by her four sons: Aldo, Frank, Gerry and David; her eight grandchildren and four great grandchildren. She is preceded in death by her husband Carmelo.

In light of the regulations regarding the pandemic there will be no public service. Instead, we encourage and invite everyone to celebrate Tina’s life in their own “bubbles”. The family is grateful for the condolences and would invite anyone inclined to make a donation to the Heart and Stroke Foundation. 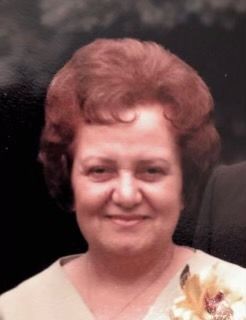