It is with great sadness that the family of Stanley Hall McNutt, announce his passing at Sara Vista Nursing Home in Elmvale, on Saturday December 26, 2020.

Sandra Lynn, his wife of 51 years, was blessed to be by his side.

Stan was born December 9, 1936 in Boston, Massachusetts.  At the age of three, his family returned to Canada where he grew up in Debert, Nova Scotia

He is predeceased by his parents Stanley and Nettie McNutt, brothers Joseph, Paul Victor and his sister Florence, and is being remembered by their families in Nova Scotia, California, and Kansas

He is lovingly remembered by Brother in Laws and Sister in Laws, Nereda and Dieter Rehm, Orillia and Steven and Regina Campbell, Goderich, Ontario.

Stan was a proud member of the Canadian Air Force serving at many Bases including Germany and France, before joining the OPP in 1969.  He was stationed in Elmvale until Detachment closed and became Huronia West in Wasaga Beach. He retired as a senior Constable, from the OPP in 1999.

Stan was a Member and Elder of Elmvale Presbyterian Church and an active volunteer in many of Elmvale’s organizations. He was proud to call Elmvale home.

A private only family service will be held Tuesday, December 29, 2020. Internment to Elmvale Presbyterian Cemetery.  A Celebration of Stan’s life will be held at a later date.

In Lieu of Flowers please give to an Elmvale Charity of your choice. 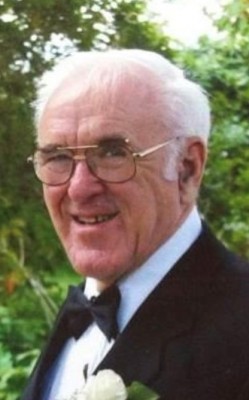