There is a brand new star twinkling brightly in the heavens. Our dear Mom has completed the last leg of her life’s journey in her 89th year. She has now been happily re-united with her husband Ron, as well as, many other family members and friends. Those of us still here are very proud of her, for her many and varied lifetime accomplishments, and are thankful she is finally at peace. We know that she will continue to look over us and guide us from above, as she did when she was with us here on earth.

Mom was born in a log cabin, her mother’s ancestral home, just outside of Madoc ON. She grew up in Toronto, and because her dad was a constable in the O.P.P., the family was transferred first to Barrie, and then to Elmvale, in 1947. Her father, James Freeman, was the area’s first O.P.P. officer, and her mom Annie, ran the police radio out of the back woodshed. She enrolled in Elmvale High School upon her arrival, where she met her future husband and father of their three boys, Frank Archer. They were married in April of 1953. Mom remarried in 1979 to Ron Frankcom, and after living in Midland for many years, in 1992, they returned to Elmvale, to be closer to family.

Mom was a school teacher by trade, but took leave for a while, to raise her family. She resumed her full-time teaching career in the late seventies and officially retired in 1990. Throughout her life she was always helping others. She delivered meals on wheels, and was a long time volunteer at the local food bank. She was a very active and devoted member of St. John’s United Church. Her and Ron supported several charities and had no less than three foster children from third world countries. She loved to sing and belonged to the Elmvale Choral Group. As well, she was an avid curler, and of course with 3 boys, she was an enthusiastic hockey mom, and spent countless hours at the arena, cheering her boys on (and later, grandsons) and volunteering at the booth.

You will always be in our thoughts and hearts.

Godspeed Mom. We love you

Memorial donations to Elmvale & District Food Bank, 62 Yonge St. N., Elmvale, ON L0L1P0, would be appreciated by the family. 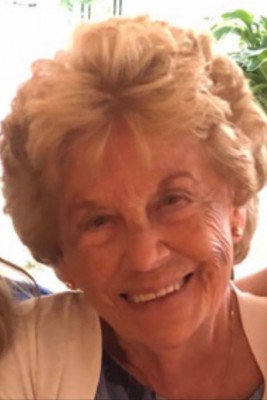