Died peacefully in his 92nd year at home on the farm on Sunday, January 17, 2021 where he was born, surrounded by his children.  Beloved husband of the late Evelyn Georgina Hunter, father of Anne (Jerry) Ververs, David (Donna), Carol (Ron) Swain, and Eric. Beloved grandfather of Jenna (Joel), Matthew (Toddia), Jamie (Jenny), Gillian (Chris), Alex (Amy), Amanda, Ron (Susie), Curtis (Alicia), Brandon (Kera), Kyle (Anya), Laura, Cullen and Lundenne.  Great-grandpa to 17 great-grandchildren.  He will be greatly missed by numerous nieces and a nephew, as well as extended family and friends.

Elmer was born in 1929 and raised on the 10th concession of Flos Township, and had his first date with his wife, Evelyn, at the Elmvale Fall Fair.  They were married in 1954 and moved to Schomberg where Elmer taught in a two room school house.  He stayed in touch with a number of students from that school, some of whom attended their 65th wedding anniversary celebration in 2019.  Elmer and Evelyn moved to Woodbridge in 1959 where Elmer taught at Woodbridge Public School and became principal the following year.  He would remain there as principal until 1976, after which he was principal at Royal Orchard Public School in Thornhill until he retired in 1984.  Elmer and Evelyn then moved back to Elmvale to live on the farm where he was born.

Throughout his years in Woodbridge, Elmer also was involved in the Ontario Minor Hockey Association, as a coach, then a regional representative, and eventually President of the OMHA, a position he held proudly.  When he retired to Elmvale, it was not long until he became highly involved in the community joining the Elmvale Fall Fair Board.  Before long, he was President of the Fair Board.  Even after his stint as President, he stayed involved with the fair until 2019.  As well, he was on the Cemetery Board for Allenwood Cemetery from 1990 until 2020.  His passions also included curling in his retirement, which he did until March of 2020 when the season was cut short.  He and his wife also regularly attended Bayshore Senior’s Club Events including euchre night where he donated his sweet corn and other produce as prizes.

At home on the farm, Dad threw himself into the farming life.  He raised beef cattle, cash crops, and worked to improve the farm.  He was deeply appreciative of his eldest son, David, joining him in his love for farming and slowly taking over all of the farm work.

In July of 2020, Dad was told of the return of cancer.  He fought hard, taking radiation in efforts to slow it, but it took him eventually, less than four months after losing the love of his life, Evelyn.   We know that they are enjoying their reunion, dancing the night away.

A private family service will be held on Friday, January 22, 2021. You may view the service via YouTube: Search- Lynn Stone Funeral Home starting at 12:50 pm.

We want to thank Dr. Jeff Golisky as well as all those who assisted with the care of Elmer over the past six months.   Donations in his memory can be made to the Canadian Cancer Society or the Elmvale Curling Association, 14 George St., Unit A, Elmvale, ON L0L1P0. 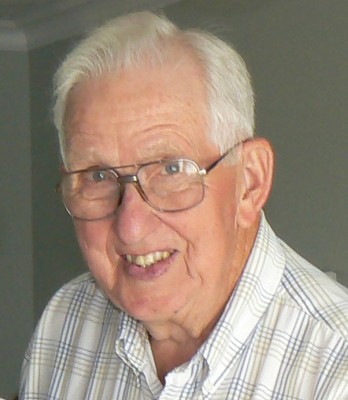