It is with much sadness we announce the death Monday, May 3, 2021 of Robert Douglas Todd in his 83rd year, husband of 58 years to Donna (Bridges) and devoted and proud father of Lori Christine (Charles) and David Robert (Cheryl).  Special and wonderful grandfather to Paige Todd and Rebecca and Scott Craddock.

Robert Todd was born 1938 in the little hamlet of Vasey to parents Verne and Dora Todd and sisters Ruth Cadeau (deceased) and Roberta Lumree (Alvin deceased).

Married in Midland in 1963, Bob and Donna moved to Elmvale in 1965 and still today are residents of Elmvale.

Upon leaving his father’s roofing business, Bob began a career in wire and cable manufacturing in a new Midland Plant “Greening Donald”. He eventually became a supervisor and worked there until its closing in 1988 or 1989.

At the age of 50, with his skills and knowledge in building and carpentry Bob then moved on to work at Cashway Building Centre in Midland and then to construct homes with an Elmvale Contractor George Reynolds.

Bob’s next adventure was driving school bus for PMCL and eventually became Supervisor of the Elmvale School Buses, a job he talked about often and took great pride in.  He cared for his buses, students and bus drivers until his retirement in 2011.

During his years Bob enjoyed playing baseball, horseshoes, hunting and snowmobiling.  He has always been most happy building, renovating, repairing and roofing, any task needing a hammer and nails.

Bob was quiet by nature, hard working with a funny sense of humour.  He loved his family and enjoyed get-togethers with family and friends.  The name Johnny Cash always brought a smile to his face and Johnny’s music made him happy with his favourite song being Teenage Queen.

Bob will be missed dearly by family, friends, and all who had the privilege of knowing him.

If you wish to honour Bob’s memory, in lieu of flowers, a donation to Georgian Bay General Hospital or a charity of your choice would be appreciated.

We love you and will miss you Bob.  Ruth, Mom and Alf, Carol and Michael are happily awaiting your arrival.

May you rest in Peace. 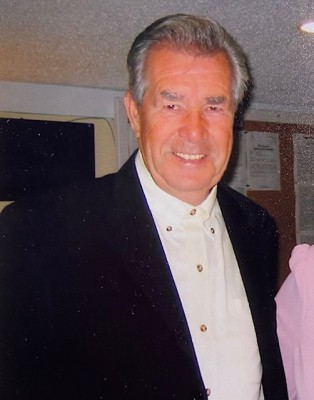