Passed away suddenly at the Georgian Bay General Hospital in Midland on Friday, November 19, 2021.  Rod Corlett of Elmvale in his 80th year.  Beloved husband of Barb Corlett (nee Anderson).  Dear father of Steve (Lise) Corlett of Elmvale.  Proud grandpa of Erin and Kimberly.  Rod will be missed by his brother George (Marianne) Corlett and brother-in-law Ted (late Anne) Anderson.
A memorial service will be held at the Lynn-Stone Funeral Home in Elmvale on Thursday, November 25 at 1 pm.  Proof of vaccination will be required to attend the memorial service.
Memorial donations may be made directly to the Alzheimer's Society or the charity of your choice.  Please email the funeral home of your donation at lynnstone@ sympatico.ca, so that the family may be notified of your donation. 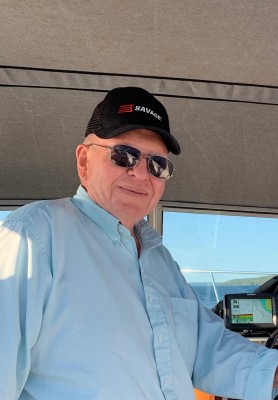