Passed away peacefully at the Royal Victoria Regional Health Center on Monday December 20th, 2021 in his 83rd year after a short and brave battle with cancer. Husband of Joan (Gosse), stepfather of Charlie of Fort McMurray and Bonnie of Ayton.  Step-grandfather of Melissa, Bryan Jr. and Finley.  Brother in-law of Phyllis and Raymond, deceased.

Alex was born in Glasgow, Scotland and moved to Canada in 1966.  His claim to fame was that he was present at the Toronto Maple Leaf’s Stanley Cup Parade in 1967.  He moved to Stone St., Elmvale in 1999.  He, along with Joan, enjoyed gardening, reading books and entertaining family, friends and neighbours on his porch, which often lead to Alex entertaining those around him with music.  Alex was a very kind and generous person.  Alex will be missed by his many friends and neighbours in the Elmvale community and his special dog Millie.

As per Alex’s wishes he will be cremated.

A Celebration of Life will take place in the future.

Donations made directly to the Springwater Library – Elmvale Branch, 50 Queen St. W., Elmvale, ON L0L1P0 (cheques payable to: Township of Springwater-Elmvale Branch) would be appreciated. 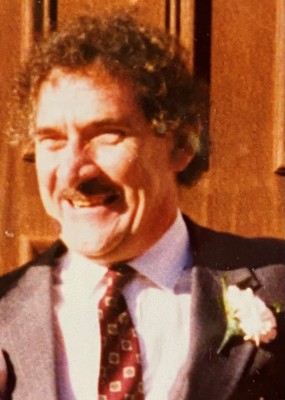