Passed away peacefully at The Villa retirement lodge in Midland, formerly of TINY on Sunday, March 6, 2022, in his 94th year. The beloved husband of Anne Böker. Dear father of Karen (Sterling) Hebert of Louisiana, Wilhelm (Silke) Böker of Vasey, David (Jayne) Böker of Seattle, Tom (Mary) Böker of Chilliwack, Elizabeth (Barry) Potter of Earlton and Vern (Tammy) Böker of Barrie. Grandfather of 17. Great grandfather of 4. Brother of Marlis (Roman) Mihelji of Alberta.

Born in Hanover, Germany on December 31, 1928, he grew up through hard times and the war years. He began his apprenticeship as an agricultural manager in his home country. Immigrating to Canada in 1952, he worked in the lumber camps of Quebec. He was inspired to see the west through a contact made during the war so he travelled to Alberta. He worked on the railroads with Canadian National. He managed the produce department at Woodward’s Department Store in Edmonton, and further developed his farm expertise at the Vermilion school of agriculture. He met his wife Anne in Edmonton and soon they began homesteading an hour’s drive north of the city on a quarter section (160 acres). Eventually the opportunity came to purchase his wife’s family farm at Elmvale, Ontario.  Harald was a passionate man. His life was consumed with his love of faith, farming, family, flying and forging new friendships. When he found something he was interested in, it seized all of his attention and he wanted to share it.

On Farming: This was a lifelong pursuit that he started in his youth in Germany and led eventually to the Elmvale farm where he expanded the operation. With dairy farming, swine farrow to finish, grain corn to organic farming, his goal was to be self-sufficient. He grew oil seed crops and extracted the oil to power his converted diesel truck. He had a large-scale grain cleaning; flour milling facility and marketed his products direct to processors and international markets.

On Flying: To fly in the bright blue skies above the clouds was always a dream, a dream he realized in 1976 when obtained his pilot’s license and his beloved Cessna 172 airplane. He shared his bird’s eye view from above with family and friends many times. In later years he flew with HOPE AIR, flying patients to and from remote locations to specialized medical facilities. In his last weeks of life, he often dreamed he was flying above the clouds.

On Forging Friendships: Harald loved his newfound home in Canada, loved to share it with new immigrants, welcoming them and helping them get established.

The family would like to thank the staff of the Villa Retirement Lodge and the Georgian Bay General Hospital for their love and care over these many months.

Cremation has taken place. A private family service will be held at a later date.

If desired, memorial donations made directly to the Heart and Stroke Foundation would be appreciated. 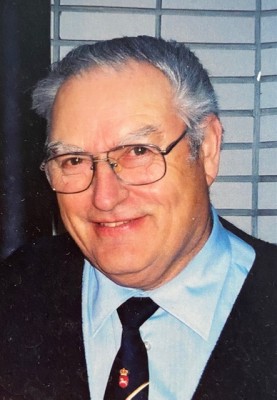