Born to Alvin and Janet Archer in Wyevale June 1, 1928, died peacefully at her home on May 9, 2022. She is survived by five children, Glen (Catherine), Yvonne, Richard, Carl (Laura), and Robbie (Norma). Helen was predeceased by her husband of 63 years, Leo, and daughter, Gail. Helen will be missed by her sister, Ruthann, and her brothers, Wayne (Dale), Murray (Teresa), and Dennis (Linda), her sister-in-laws Marlene, Joan, and Cecilia(George) Smith and her brother-in-law, Vic (Thelma), twenty grandchildren, and eighteen great-grandchildren.

Since 1961 Helen has lived in the family home on Dynveor Road in Fairbank, Toronto. Amidst the bustle of raising six children and the responsibilities of maintaining a household she found time to knit, including over one hundred of her famous Christmas stockings, and to bake, especially her much acclaimed Christmas chocolates. Later in life she found time to travel including to her favourite destination, Hawaii. She filled the winter months with acitivies, such as, dancing and playing euchre at York Fairbank Centre for Seniors. There with her neighbour and friend, Barbara Blakely, she took charge of the euchre club, looking after the books and planning outings.

Friends will be received at St. Hilda's Fairbank Anglican Church (2353 Dufferin Street, at Eglinton) on Friday, May 13 at 11:00 a.m. with a funeral service to follow at 12:00 pm. Interment of both parents to follow at Prospect Cemetery. 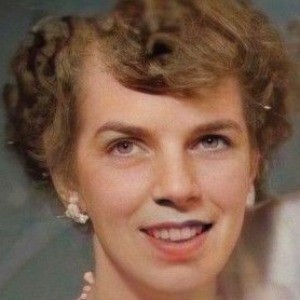