John was the youngest of 4 – he is survived by his oldest sister Gladys Davidson (Tom -d) and predeceased by his sister Margaret and brother Bob (Marg). Lovingly remembered by Betty’s family (the Elliott’s) – her twin brother Bill (Donna), Ivy Canning (Tony -d), Larry (Sue), Bruce (Ruby) and predeceased by two brothers Ivan (Leona) and Ian (Pat).

John was an accomplished and proud dairy farmer for many years and loved nothing more than regaling any who would listen with his many stories. Upon selling the family farm, he drove a school bus for a short period and then started a new career at Ontario Hydro until retirement.

After retirement, he became a self taught designer and furniture craftsman. Many of his pieces are cherished today by family, friends and businesses. One of his favourite pastimes was playing card games, especially joker. He was a very skilled and crafty player – he loved to win!! John was also a proud member of Bruce Lodge 341. John travelled for 30+ years with Betty to Florida where they spent their winters – he will be greatly missed by the many friends they made there from across Canada and the U.S. He was the strong silent type when it came to showing his emotions, but he was so proud of his children and their families. He will be dearly missed by his children and extended family.

A private family service will be held.

Donations in Dad’s memory to the Collingwood General and Marine Hospital Foundation https://cgmhf.com/donate would be gratefully received. 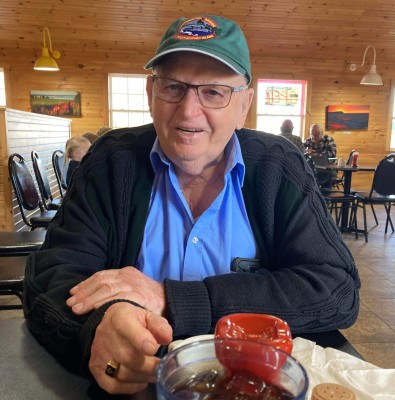