James Whiteford Knox Ritchie, 78, passed away peacefully after a long battle with cancer on Thursday, July 14, 2022 at Huronia Hospice in Penetanguishene with his family and friends by his side.

Knox is deeply missed and remembered lovingly by his partner, Libby; his children Jayne (Joe) and Martin (Diana) and their mother (Doris); his grandchildren Ella, Jack, Scarlett, Alfie, and William; his cherished friends Eileen, Jim, Wayne and Catherine; and his brother Alan (Noreen), and sisters Alison (Brendan) and Caroline (Ian).

Knox was a well-known obstetrician and gynecologist in Toronto with decades of experience in the field.  He was Obstetrician-Gynecologist-in-Chief at Mount Sinai Hospital and Chair of the Department of Obstetrics and Gynecology at University of Toronto.  Knox's professional accolades, awards and achievements are too many to list.  He was always most proud of the high risk pregnancy unit he helped build at Mount Sinai Hospital and all of the talented doctors he helped recruit to make the unit world-class. Upon leaving his role in Toronto, he spent several years in Penang, Malaysia as program coordinator for Obstetrics and Gynecology at the Royal College of Surgeons.  Using Penang as a launching pad, Knox continued his life-long love of travel with Libby visiting many countries.  After retiring he lived in his cottage in the Tiny Beaches area spending summers on Georgian Bay, and returning to his boyhood home of Belfast, Northern Ireland in spring and winter.  He loved swimming, golfing and spending time with his beloved friends on Wendake Road.  Knox was the perfect gentleman - always sporting button-down attire and perfectly combed hair!

Knox was such a well-loved personable physician and he would constantly be greeted in public by generations of families, whom he had delivered over the years.  He was always extremely passionate and eager to help people.  He was caring, loving and knew how to relate to everybody.

A celebration of his life will take place at a later date.  In the meantime please raise a glass (preferably of good wine!) to Knox.

Knox's family would be grateful for memorial donations to Huronia Hospice or Royal Victoria Hospital Cancer Centre in Barrie. 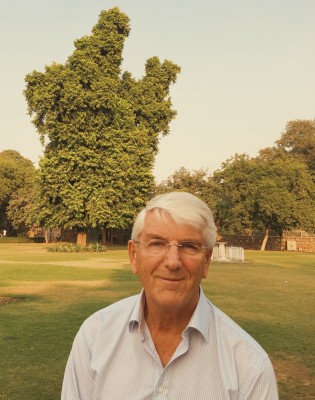