Passed away suddenly at her home in Penetanguishene on Wednesday July 20, 2022, reunited with beloved husband Alan Gray, exactly six months after his passing.

Born on November 25, 1931, in Quebec City, Barbara was the eldest of two girls.  Barbara and Alan were married in Quebec City at St. Matthews Anglican Church in 1954.  They started their family in Toronto in 1956 eventually settling in Medonte Township in 1974 and moving to Penetang in 2009 as empty nesters.

Barbara was committed to a life of serving others. Family, friends and community were important to her.  She always provided an abundant household with a passion for cooking and a flare for entertaining.  She maintained a quiet but reverent faith and a generous spirit.

Friends and family are invited to a Celebration of Life at St. John’s Anglican Church, Waverley on Wednesday July 27, 2022.  Visitation at 10:00 am followed by a service at 11:00.

If desired, memorial donations may be made to a charity of your choice. 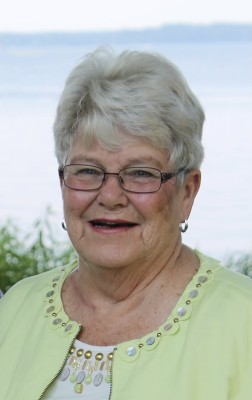