John remained connected to his roots in Denmark until the end, particularly with his nieces and nephew, Sussen, Michael (Kristina), Bettina (Jørgen), Madeleine (Svanne) and their families.

He will also be missed by his extended Canadian family, which included his nieces and nephew, Andrea (Phil) in New York City, Murray (Deb) in Austin, Texas and Renee (Carl) in Toronto and their mother, John’s sister-in-law, Marion Legge. Susan McGuire remained a close family friend.

John Weber was hired in 1953 by Connaught Medical Research Laboratories as a lab technician in the glorious heyday of the development of the polio vaccine. From those humble beginnings in the lab, he advanced through the ranks with the help of his mentors Dr. Leone Farrell, Dr. J.J.R. Macleod and Dr. Walter Ashcroft. John was appointed Director of Quality Control and Regulatory Affairs and weathered the hurly burly relationships with the Centres for Disease Control (CDC) in Ottawa and Washington D.C. Following retirement, he did consulting work in vaccine and biologics production for a number of international agencies including the World Health Organization, UNICEF, USAID, and World Bank.  His assignments took him far afield; China, Thailand, Vietnam, Egypt, South America, and many other places too numerous to list here. He particularly enjoyed his association with colleagues at the Hanoi and Nha Trang Vaccine Institutes in Vietnam.

At home John spent several years on the board of Community Living Huronia. During the summers he enjoyed relaxing on his boat Toto II sailing around Georgian Bay and many Ontario winters he spent enjoying oysters in Victoria B.C. 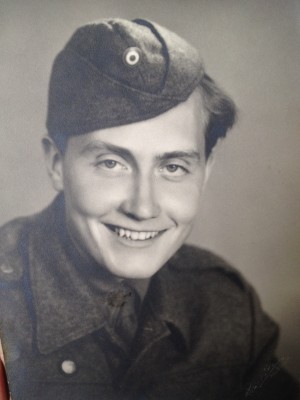