Passed away at Parry Sound, Ontario. on Sunday, March 13, 2016. Madeline Hobson, in her 84th year. Beloved wife of the late Donald William Hobson (59 years). Dear mother of Jamie who lives in Parry Sound and has a son Ryan who has a daughter Gemmani.
Greg lives in Parry Sound and is married to Karen  and has three children, Shelby, Matthew and Alyssa.
Terry lives in Parry Sound is married to Susan and has two children - E.J. and Katherine.
Cheryl lives in Midland and is partner (#1 Boss) and floral designer at the Elm Flower Shoppe in Elmvale. Cheryl is married to Wayne Dorion and they have a pet dog named Casey. Madeline will be forever in our hearts.
Daughter of the late Herbert and Cleo Van Luven and pre-deceased by a brother E.J.
Madeline will also be fondly remembered by her many relatives, friends and business associates.

Funeral Service in the Chapel on Wednesday, March 23 at 11 a.m. followed by reception at the Funeral Home. 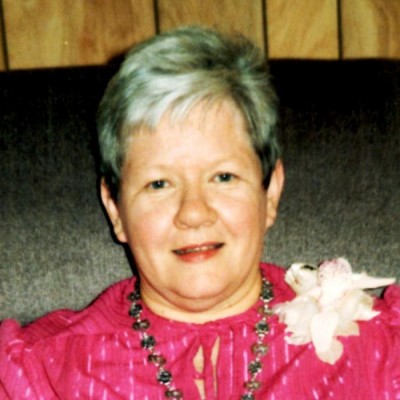