Passed away suddenly on Friday, May 6, 2016 at the Georgian Bay General Hospital, Midland.  Gary Cooper of Victoria Harbour in his 73rd year.  Beloved husband of Patsy Cooper.  Dear father of Tammy Cooper-Reuser, Jennifer Brewer (Matt), Patrick Cooper (Brianne), and James Cooper (Diana).  Brother of Carolyn (Paul), Jack (Sue), and Joan (Jerry).  Grand-father of Jennifer, Kira, Anna, Jeremy, Carter and Kaleb.  Great Grand-father of Sydney, Madison and Mya.  Gary will be missed by his many nieces and nephews. Pre-deceased by his parents Robert and Myrtle Cooper and his brother Doug Cooper.

Friends may call at the Lynn-Stone Funeral Home Elmvale from 11 am - 1 pm on Friday, May 13 with a service to follow in the chapel at 1 pm.

Memorial donations to the Parkinson's Society would be appreciated by the family. 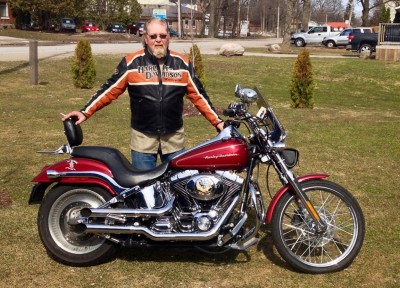