Passed away peacefully at Hillcrest Village, Midland, Ontario on Saturday Feb 5, 2022. Vic was born on the farm on Flos Tiny townline in Tiny Township. He lived there with his parents Oscar and Matilda (Langman) Turner (predeceased) and his brother Eldon Turner (predeceased). He attended the Gibson Schoolhouse and was a member of the Allenwood United church during his youth. He travelled out to Winnipeg, Manitoba to help with the thrashing one season. After returning home to farm he followed his true calling which was raising a variety of beef cattle and crop farming. Victor was never married but maintained strong friendships with neighbours, friends and relatives. He loved to pass the time with hours of conversations over issues of politics or farming. He and his true friend Leonard Beardsall (predeceased) were often attending local seniors dances in the area.

In 2016 Vic moved to Kings Place Retirement Residence in Midland, this was to be a winter retreat only but Vic found that he enjoyed the company of the residents and staff so much that he decided to stay on for four years. When his health deteriorated further he relocated to Hillcrest village in February of 2020 just before covid had hit. The Staff at Hillcrest Village have said that they don’t usually have favourite residents but Vic was definitely a favourite. He always had a smile on his face and a compliment ready. Often he was heard to say .. "My don’t you look lovely today". We can never hear that often enough.

On his final day here on earth, he requested double desserts for his lunch and enjoyed them very much, 45 minutes later he slipped quietly to sleep. He was later found to have passed on while clutching his favourite toy horse figurine.

A funeral service will be held at the Lynn-Stone Funeral Home in Elmvale at 2 pm on Wednesday, February 9, 2022.  Proof of vaccination will be require and capacity limits will apply.  The service may be viewed on Youtube starting at 1:55.

If desired memorial donations may be made to St. John’s United Church in Victor’s memory. 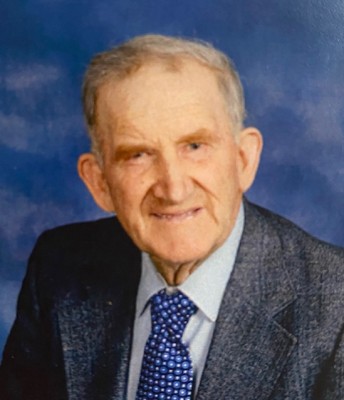